I may (or may not) be home for the holidays 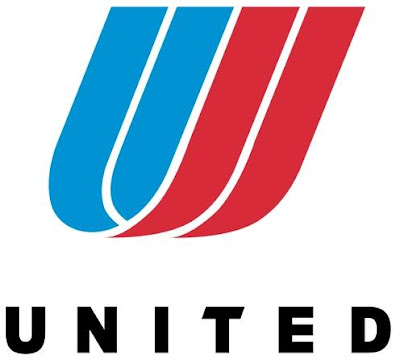 Unless United leaves without me...which they did.

edit: This is the actual letter I sent United.com

Given the horror stories from this holiday travel season, I should be thankful that I only ended up 100 miles south of my destination 6 hours later than scheduled. That said, I recount to you my experience taking a direct United/Mesa Air flight on 12/23 from IAD to MYR to complain about two specific problems:

(1) United's reduction in staffing levels, and the effect on passengers like myself, and
(2) How the outsourcing of your customer service line to India can only complicate the experience when someone has a problem.

A synopsis on my trip:

* Used United self-checkin at 10:30am, flight is 1hr05min late. Proceed to security line.

* The sullen TSA sub-contractor tells me my suitcase is too large to check on skyway (false), and makes me get out of line and check it at the United counter.

* The sullen United sub-contractor _points_ ("I already checked in but I need to check my bag..." <

My flight home yesterday did land 30 minutes early, which is a small miracle. but United remains at the top of my shit list. Also, their fucking alert system doesn't work: 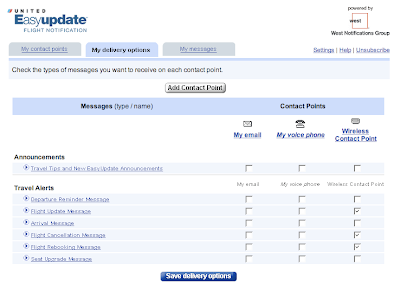 Posted by the Alpha John at 5:25 PM 2 comments: Links to this post

What I _Did Not_ get for Crimmus 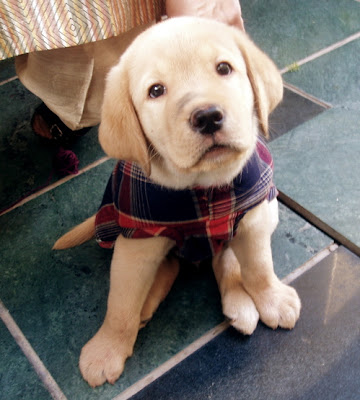 Posted by the Alpha John at 10:42 AM No comments: Links to this post

Crimmus Time for the Jews

Kudos to Valleywag for spotting this SNL goof:

Posted by the Alpha John at 12:35 AM No comments: Links to this post 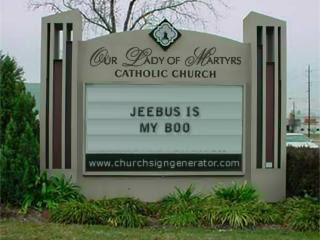 Now that is some Crimmus spirit!
Posted by the Alpha John at 12:20 PM No comments: Links to this post

According to this New York Times article, grant-suckers everywhere just love Facebook for all kinds of monkey-torture:

To study how personal tastes, habits and values affect the formation of social relationships (and how social relationships affect tastes, habits and values), a team of researchers from Harvard and the University of California, Los Angeles, are monitoring the Facebook profiles of an entire class of students at one college, which they declined to name because it could compromise the integrity of their research.

Right. It could compromise their precious research. Don't tell anyone it's Brigham Young University.

Scholars at Carnegie Mellon used the site to look at privacy issues. Researchers at the University of Colorado analyzed how Facebook instantly disseminated details about the Virginia Tech shootings in April.

After all, it is important to know how fast cartoons can be disseminated after a tragedy.

Eliot R. Smith, a professor of psychological and brain sciences at Indiana University, and a colleague received a grant from the National Science Foundation to study how people meet and learn more about potential romantic partners. “Facebook was attractive to us because it has both those kinds of information,” Professor Smith said.

Clearly, someone needs to take NSF's checkbook away, because this is just retarded.
Posted by the Alpha John at 12:15 PM No comments: Links to this post

At least 2 weeks of posts to catch up.

Stay tuned for several (more) back-dated posts.
Posted by the Alpha John at 11:23 PM No comments: Links to this post Not since 2006's Summer of Electronic have I seen The Crystal Method live. They did play a show at 930 Club, but I didn't think it could compare to their last performance at Nation. 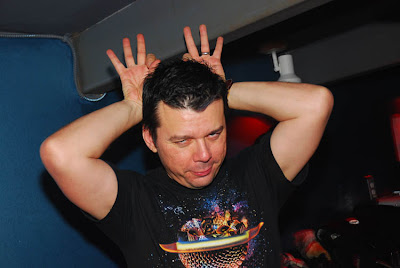 Hi, I'm half the DJ ensemble known as "The Crystal Method". Would you like me to spin you a tune?!?! 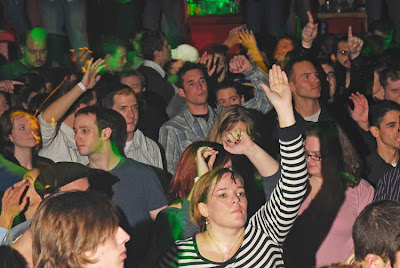 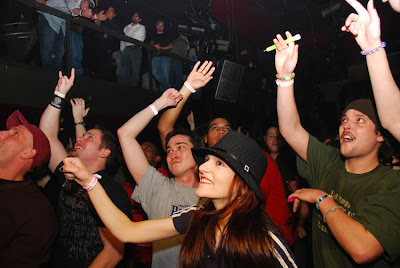 If you look very closely, you'll find a blog author wearing a brown dress shirt. Banana Republic made 5,000 of them, and the other 4,999 are buried in the closets of Persians all over the US.


In addition to Kristin, both Charlie (George's brother, a.k.a. "Mini-football") and Corey came along. We did run into the gorgeous ladies of Winchester (who now live in Silver Spring). Pregame involved too much vodka and too little cranberry, but somehow we all survived.

wh00t!
Posted by the Alpha John at 4:15 PM No comments: Links to this post

One of my favorite DJs (nay, laptop symphony conductor) has evaded me for 5 years. The closest I came to seeing a live set was Starscape 2006, where he performed for 12 minutes before the stage shorted out.

Luck be a lady, I saw an ad card at Buzz the night before. Despite two Christmas parties the same evening, I managed to show up at 1:00am in time to catch his set.

DC's own On Tap Magazine ran this story just prior:

“What we really are trying to do with Turn the Tables is engage a certain demographic between 18 and 30 to confront global warming,” NWF event coordinator Alterra Robinson said. “We’re trying to mobilize urban Americans to pressure Congress and tap into the next generation of American voters.”

Turn the Tables at Fur Nightclub marks the inaugural event of what will hopefully become a series of nationwide electronic music events continuing into 2008. Although Robinson said they hope to recruit international DJs for future events, they decided to homebrew the first party with BT at the helm for the evening.

“I love supporting causes that are important, and music is a great voice to do that,” BT wrote.

I talked to a couple people just before the show, and I kept emphasizing the fact that BT, though an amazing musician, seems to have lost his fucking mind. I can't say in 1,000 words what this 8 minute video can convey:

At first I was terrified: the handoff was spent hooking his NerdBook Pro up to the soundboard and several long minutes trying to get the levels right. When things were finally straight, he mixed a 1960's anti-war Black gospel (whose name I still haven't been able to find) into a house track, then sang along.

A few minutes after that track, he started laying down some beats (I assume live based on some of the rearrangement and mismatch when he started, which was far cooler than just spinning something out of the can) and ended up weaving together some amazing trance. I really appeciate a live show where an act (DJ, Band, Kazoo Soloist) can give you an experience you'll never have again: you're hearing something you'll never quite get outside of that room at that moment. The majority of BT's set was like that.

I'd try and reconstruct the set list, but I've got no shot here. I will tell you that near the end, BT spun up Somnambulist and sang the vocals live, then closed with Force of Gravity.

Worth the wait, worth the price, glad I got to go.
Posted by the Alpha John at 4:37 AM No comments: Links to this post

Kudos to Autoblog for spotting this: 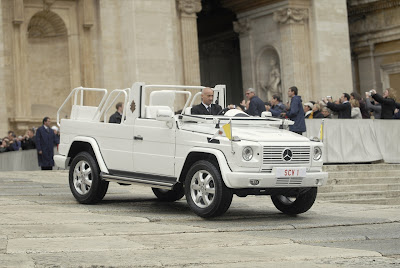 New Mercedes-Benz for the Pope

Stuttgart/Rome – In future, Pope Benedict XVI will present himself to the 40,000 or so pilgrims in St. Peter's Square in a shining white, open-top Mercedes-Benz G-Class during his public audiences on Wednesdays. The new "Popemobile" was created over a two-year development period in close consultation with the Vatican, and has now been personally handed over to the Holy Father.

This open official car, which the Head of the Catholic Church requested for use during fine weather, was developed by Mercedes-Benz on the basis of the G 500. It is equipped with a folding windscreen and hand-rails, and like its predecessors it is painted in the Vatican mystic white finish. The interior is likewise white, and is accessed via steps lined in red at the rear. The Pope holds his audiences in a standing position, so that he is easily visible to all his flock.

I already shared this through Google Reader, but I wanted a chance to use one of my favorite, little-used tags for this post.
Posted by the Alpha John at 11:25 AM No comments: Links to this post