The Secret that Everyone Knows

Since Mason is a state school, employee salaries are public record. Most people only work there a couple weeks before they find Roblink, a website run by a disgruntled former employee. Every year, he makes a state FOIA request for everyone's salary, loads them into a database, and puts a few search forms in front of them.

This year's number are posted. Jim Larranaga's move to #1 at $525,000 stood out (a deal considering he had an offer for $1 million, and President Merten told people we were going to miss him). More interesting, especially in these tough economic times, was to pull down all the full time employees and add up their salary:

I guess with every square inch of campus under construction, someone needs to fill up those parking lots (that are over subscribed by 130%).
Posted by the Alpha John at 5:39 PM No comments: Links to this post

Why, three racist presidential candidates and a newspaper!

According to the NY Times:

Updated RACINE, Wis. – Senator John McCain’s campaign accused Barack Obama of playing “the race card’’ on Thursday, citing his remarks that Republicans would try to scare voters by pointing out he “doesn’t look like all those other presidents on the dollar bills.’’

“Barack Obama has played the race card, and he played it from the bottom of the deck,’’ Rick Davis, Mr. McCain’s campaign manager, said in a statement. “It’s divisive, negative, shameful and wrong.’’

Mr. Davis was alluding to comments that Mr. Obama made Wednesday in Missouri when he reacted to the increasingly negative tone, and negative ads that have been coming his way from the McCain campaign in recent days.

“So nobody really thinks that Bush or McCain have a real answer for the challenges we face, so what they’re going to try to do is make you scared of me,’’ Mr. Obama said Wednesday in Springfield, Mo., in remarks that he echoed throughout the day. “You know, he’s not patriotic enough. He’s got a funny name. You know, he doesn’t look like all those other Presidents on those dollar bills, you know. He’s risky. That’s essentially the argument they’re making.’’

So who made race the issue first? Certainly not the times with this progressive analogy:

The McCain campaign’s decision to make the charge now that Mr. Obama was playing the “race card” comes as it has adopted a far more aggressive, negative posture towards Mr. Obama in recent days, trying to tar him as arrogant, out of touch and unprepared for the presidency with a series of statements by Mr. McCain and a series of negative ads – some of which have been condemned as misleading.

Interesting. For more on that, let's turn to former presidential candidate (and all around friend to negroes everywhere) John Kerry:

What an interesting euphemism. Now, how to work tar baby into casual conversation myself...
Posted by the Alpha John at 2:29 PM No comments: Links to this post

According to an EA Sport's poll, George Mason's Mascot Gunston is 18th lamest:

Wow. Who cares?
Posted by the Alpha John at 10:54 AM No comments: Links to this post

I invited Barry Hussain Obamawitz to my graduation party:

Senator Obama is invited to join our friends and family to celebrate my college graduation, an event 12 years in the making. Senator Obama might enjoy a different perspective of urban America: a man who moved to the DC region at the age of 20 to work full time and go to school part time. Sometimes, the American dream means contracting in the Office of Administration during the Clinton Administration, and several other high tech jobs to afford a home at the top of the housing market, only to watch it lose 30% of its value in two years. Despite that, one can work full time, go to school part time, and live the American dream just outside the beltway in Tim Caine's Virginia.

Republicans (especially those indicted for accepting bribes or whom violated US civil service laws) will not be admitted.

Check out the awesome autoreply I got back:

Thank you so much for your invitation. Your scheduling request is now in our system and you will be contacted as soon as we know more about Barack's availability.

Please keep in mind that the scheduling team may not be able to determine his availability until 1-2 months before the date of your event. We understand the difficulties this may cause and certainly appreciate your patience.

If you need to follow-up on your invitation before you hear back from us, please call 312/819-2419. Please do not submit follow-up inquiries through the online form or via email.

Thanks again for including Barack in your plans. We'll be in touch!

Just like you fools, if he comes, his ass needs to fill out my Google Docs RSVP form.
Posted by the Alpha John at 7:39 PM No comments: Links to this post

Lady Justice: Was Sighted and Partisan, Now Reactionary and Liberal

Alaska Senator Ted "It's a series of tubes" Stevens was indicted today, so saith the filthy, liberal, New York Times:

WASHINGTON — Senator Ted Stevens of Alaska, the longest-serving Republican senator in United States history and a figure of great influence in Washington as well as in his home state, has been indicted on federal charges of failing to report gifts and income.

Mr. Stevens, 84, was indicted on seven felony counts related to renovations on his home in Alaska. The charges arise from an investigation that has been under way for more than a year, in connection with the senator’s relationship with a businessman who oversaw the home-remodeling project.

They could not have indicted a better tool. Enjoy your bridge to nowhere, Teddy!

This must be DOJ's attempt to make up for yesterday's findings that they ILLEGALLY allowed politics to influence hiring decisions:

A longtime prosecutor who drew rave reviews from his supervisors was passed over for an important counterterrorism slot because his wife was active in Democratic politics, and a much-less-experienced lawyer with Republican leanings got the job, the report said.

Another prosecutor was rejected for a job in part because she was thought to be a lesbian. And a Republican lawyer received high marks at his job interview because he was found to be sufficiently conservative on the core issues of “god, guns + gays.”

Wherever Ann Coulter is right now, her cock just fell off.

I am in liberal ecstasy right now.
Posted by the Alpha John at 5:55 PM No comments: Links to this post

Labels: News from the Internet(s), politics 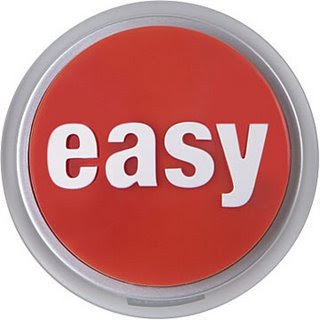 Once I finally got furniture for the living room, it (the furniture) wanted more reasons for me to sit on it.

I haven't owned a game console since the original Nintendo, so I used my stimulus to buy a PS3 (and GTA IV).

The PS3 has been asking for a new tv. It says, "I know I should be happy to have a home, but this 36" Sony WEGA makes my Blu-ray player cry in shame. You don't even have HD!"

I've been shopping for a new tv for about 4 months now. I decided that I wanted the Sony 46" XBR4. The new models (XBR5 and XBR6) have started arriving, and the only difference between the old and new model at 46" is the warranty (goes from 12 to 18 months) and an additional HDMI input (2 to 3). That said, I'm willing to save $900 or so and slum it with last years model, since this is the picture that I want.

I decided not to do anything about the TV until school was over. Earlier today, I was preparing for tv shopping by scouring the internet(s) for coupons or other deals, and I saw that Best Buy had their XBR4s on unadvertised clearance. I decided to stop at BB Tysons on my way home (to meet my study group), and found out there were only 2 left in the entire district. Since BB has 0% interest for 24 months (Circuit City is 18 months and Sears is 12 months), I really wanted to get it there. I drove out to Bailey's Crossroads, where the last remaining TVs were: one was new, one was open box, both were buried back in the warehouse.

Earlier than expected, I bought my new TV. I haven't brought it home yet, or told the PS3. I need to decide on a tv stand, and I need to get an HD receiver. That said, I'm glad I don't have to worry now about it selling out.
Posted by the Alpha John at 7:57 PM No comments: Links to this post

Paper and presentation went well, now for the final.
Posted by the Alpha John at 11:40 AM No comments: Links to this post

I had been extremely busy at work and at school. Last night, we submitted our group project and gave our presentation (I'm pleased with both), so the bulk of my school work is done. I'm less than a week away from graduating. Party planning and deck replacement are in progress; if you did not get an invitation, let me know.

Work has also calmed down a little, so you might actually see some blog posts from me. Who knows, I might even update my website that's been "under construction" for 18 months.

Kudos to Barry for finding this:

Posted by the Alpha John at 7:01 PM No comments: Links to this post 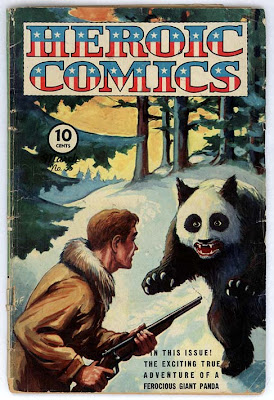 Mary replies with this: