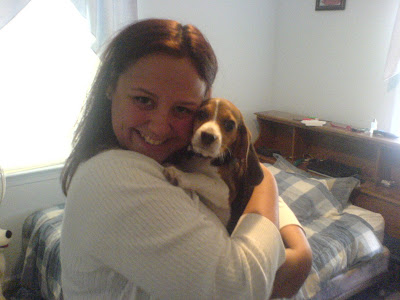 I'm going to puppy-nap that little sweet-face.
Posted by the Alpha John at 12:47 AM No comments:

The Problem with Bravo

In January of 1999, HBO brought us The Sopranos, an entirely new twist on the kind of mafia story America was used to. It took the media a while to catch on to the brilliance, and America's interest didn't peak until the third or fourth season.

HBO had decided to create original programming, and found itself a huge hit. How did they decide to follow it up? That's right, with 38 other shows about the Mafia.

Sorry, that's not right. They created Sex and the City, Curb Your Enthusiasm, Six Feed Under, Mind of the Married Man (bomb!), Oz, The Wire, countless other movies, documentaries, and mini-series (though they'd been doing those for some time).

Changing the channel to Bravo, the picture is a little different. Back in 2003, they created a buzz with their new reality show Queer Eye for the Straight Guy. They had been doing those lame (home/people) makeover shows for a while, but prior to Queer Eye, most people only thought of Bravo as that channel you skip over (along with the NASA Channel and the Golf Network) to get from TNT up to Cartoon Network.

I started to come to this realization over the last cycle of Top Chef and Runway (my first season of either) when they were replaced with Top Design and then Shear Genius. I made it through 10 minutes of the first episode of Top Design when I realized it wasn't for me, and the commercials for Shear Genius were enough to keep me watching Law & Order reruns for months. I finally started watching Top Chef again about mid-way through the current season, and then Bravo finally gave me the big reveal on it's dastardly plan for total domination of gay reality television:

Welcome to the Parker 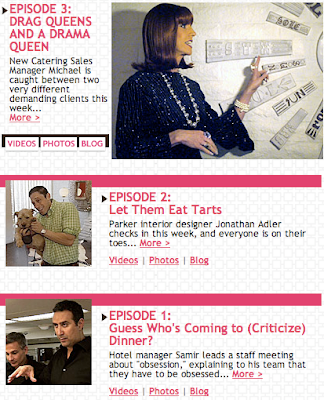 Which is set in Palm Springs, but they need to remind you or you'd think it was set in the Swiss Alps and staffed by strange Eastern European homos.

And Bravo's crown jewel, the gayest show on television: Flipping Out: 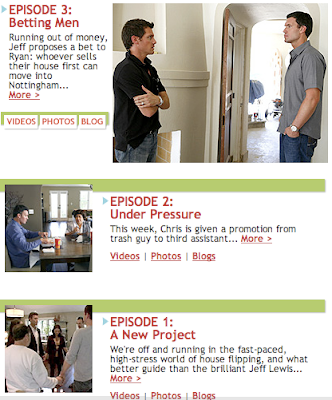 Two fudge-packing business partners flip houses in the Los Angeles suburbs. One of has three assistants, and made one take his cat to the acupuncturist...

Let that percolate for a moment...cat acupuncturist...

and in the most recent episode, it was decided that their current psychic, who cleanses their houses before they are put up for sale, isn't right for them. They interviewed and hired a new psychic, then they cleansed a house.

My apologies to the entire gay community, because that is far more bizarre than gay, and these two fruits are so nutty that I doubt they'd be welcome at pride. Still, Bravo's commitment to the homosexual agenda of hygiene, cuisine, fashion, and now commerce cannot be ignored.

There is a Lewis Black skit about Rick Santorum and gay banditos:

It makes me wonder if the only place Bravo has to go from here is a reality show called Banditos: Two homosexicans wander from village to dell, don colorful robs and masks, sneak into the house of a young American family, and start fucking each other in the ass.

If Aliens are monitoring our television broadcasts, please spare us further shame and incinerate this worthless planet already.
Posted by the Alpha John at 1:06 AM No comments: 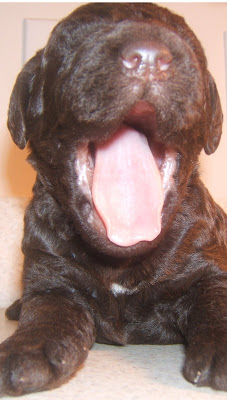 Just this week, GQ published their annual "50 Most Powerful People in D.C." list. Populated by the likes of Condoleezza Rice, Nancy Pelosi, Karl Rove and Tim Russert, the list better describes the movers and shakers in "Washington", but not the District. And since we're snobs about local news and happenings, we threw together a little list of the people who really exercise influence in or over the lives of people who live and work in D.C. There isn't any particular order, and we welcome further suggestions in the comments. And no, saying "me!" doesn't count.

Guess who they mention (besides Hizzoner)?

Blelvis: The District's own Black Elvis is apparently influential enough to merit not only repeated coverage by the City Paper, but a piece in the Post too. How far behind can The New Yorker be?

Blelvis gets lots of press in DC. Urban legend says before he was Blelvis, he used to go by "Blinkin" and do free-word association with the Gettysburg address.

This city is so fucking strange.
Posted by the Alpha John at 4:49 PM 1 comment:

Jim Cramer agrees with me

Ben Bernake: stop being such an academic and open up the discount window!

Basically what I said on Friday.
Posted by the Alpha John at 2:27 PM 1 comment:

Forbes editor Dan Lyons has been writing a blog for the past year called Fake Steve Jobs, where he pretends to be goofy SJ and writes all kinds of fluffy bullshit:

See here. And some are going even higher. Meanwhile king dork Jim Cramer and his moronic henchman refuse to apologize for spreading lies and hurting our stock earlier in the week, here. Watch the video and see how Cramer has the absolute gall to ask Quasimodo, "Gee, what's going on with Apple, we've seen a lot of volatility there lately." Cramer, you are lower than whale shit.

I mean, alright. So you sort of captured the oddness of Steve Jobs and wrote about current events and what he might be thinking.

I suppose you could argue that if Paris/Lindsay/Britney being getting drunk/arrested/fired is some kind of news, this can be too. Then again, I think evidence is mounting to give up on this country and try another.
Posted by the Alpha John at 11:27 AM No comments:

Labels: Apple, News from the Internet(s)

Didn't make Dean's list, but I did better than I expected.

I've already sold all three books on Amazon, and I'll have bought all my books for Fall by Thursday.

Thanks to everyone for your support, and putting up two months of a very tired, cranky, stress-out me. I slept about 14 hours on Sunday and I'm on the short road back to being my old, rested, cranky self.
Posted by the Alpha John at 10:34 AM No comments: 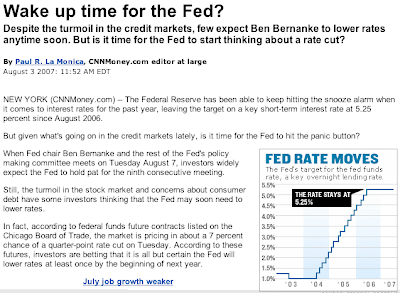 CNN Money thinks you need to consider a rate cut. I disagree: you should have thought about one six months ago.

Look, I took three semesters of Economics, so I'm just as qualified as you are to speak on the subject. I understand that you're worried about inflation, and you're a man of principle. The problem is in our production function: government spending is crowding-out regular investment. When that started a few years back, we just printed more money. Now our money is damn-near worthless.

Here's the rub though: this isn't 1981, and we don't need to take our medicine after the 1970s caught up with us. I see more and more comparisons between Bush and Nixon every day, but he's too stupid to play with fiscal and monetary policy to appease Americans. Polls keep showing we don't like the guy, and he doesn't care...reciprocity at its finest.

Sure, we can't just start printing money to offset the fuck-storm of debt that we're racking up while playing war, but you can't make every douche bag whose over-extended default on their house/car/credit card because you want to be a dilettante among economists.

Grow up, cut rates a quarter point, and let us fucking breathe already. If you think the big G in the producer function is the problem, man-up and say so.
Posted by the Alpha John at 1:28 PM No comments: 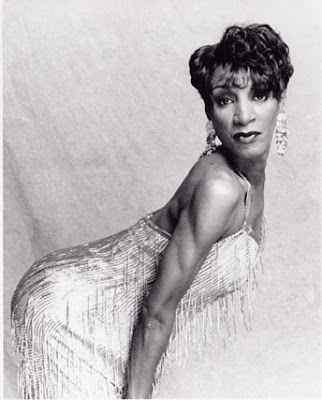 Two tears and a bucket...mother fuck-it!
Posted by the Alpha John at 3:16 AM No comments:

Too tired to die

I mean, who can't pull a 4 page paper out of the ass after midnight, after a month of sleep deprivation where you constantly just shove things into your brain and squeeze them out on demand again and AGAIN AND AGAIN??

My left pinky is numb, and the tendinitis is my left wrist is so inflamed I can't type at full speed.
Posted by the Alpha John at 12:15 AM No comments:

Some may have noticed more than others, but current radio silence will probably extend into Friday.

My last two Finance homework assignments are done: 10/10 on both. I ran some quick numbers, and these are the break points:

As for Operations Management, I have a total of 76 points and need at least 90 for an A. There is a take home final and a take home review packet due Friday for a possible 25 points (15 and 10 respectively). 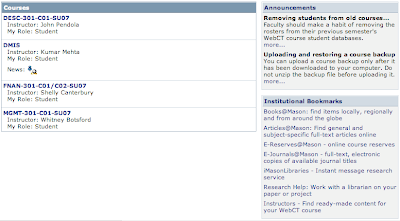